In this fiscal year there were 6 entries, and as a result of the review by the Internal Study Committee, two recipients were decided. Award certificate was handed to the winner from Professor Miki Haseyama,Support Office for Female Researchers manager.

For the winners, travel expenses for participation in international conferences and networking will be aided. 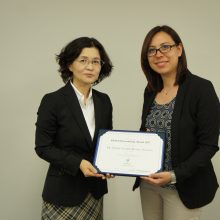 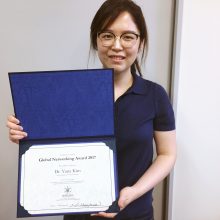